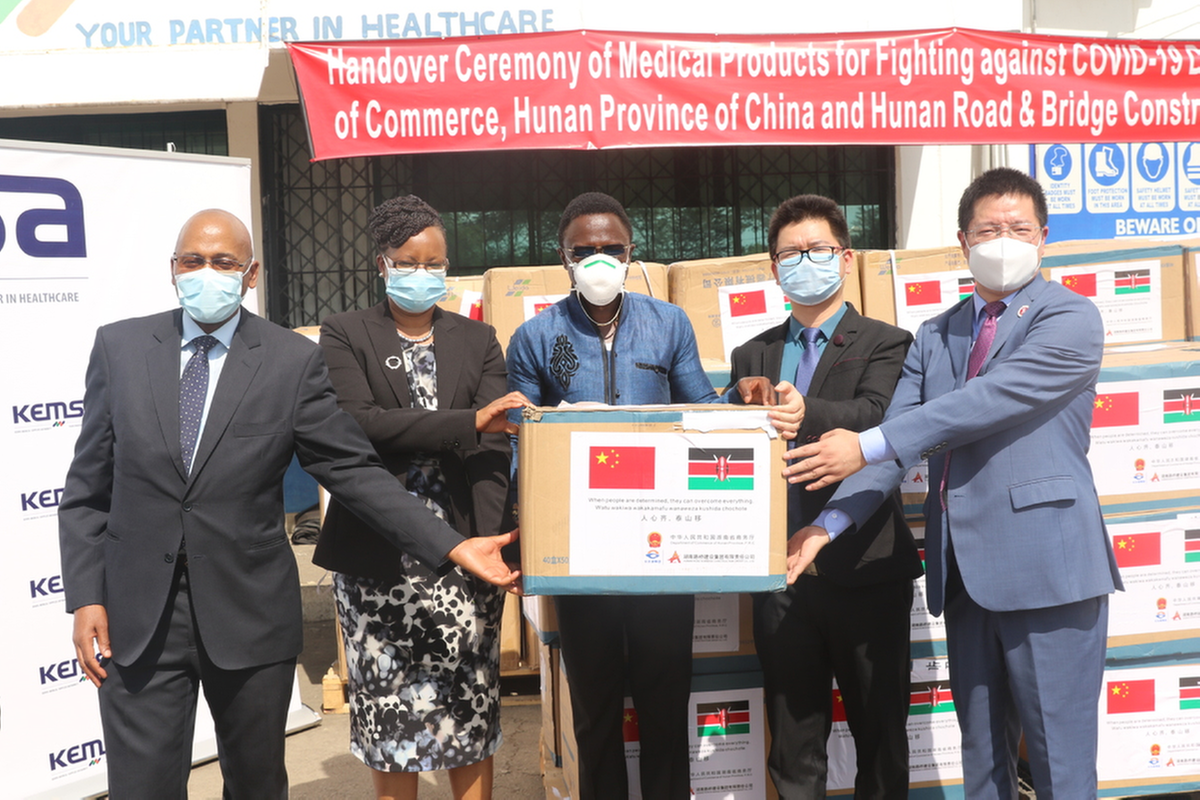 COVID-19 has been described as the great “Revealer.” In old African cosmologies like that of the Igbo and Yoruba, it would be likened to Ekwensu and Osu respectively, the trickster gods of the crossroads, chaos and change, and ultimately the catalysts for choice. Humanity stands on the threshold of great chaos and change, a health emergency will soon to be followed by an economic emergency. So much is at stake - we will need to reimagine new modes of living, new politics and governance, as well as reassess our relationship to the environment, at a time when geopolitically the world is realigning, as power shifts from West to East.

This shift is driven by economics and production. The fundamentals are that in the last century most of the global trade traffic went across the Atlantic Ocean between the United States and Europe. By the 1980s, this traffic had switched to the Pacific Ocean between the United States and Asia. In the next 50 years, the greatest trade volume will be within Asia itself, as U.S. hegemony gradually declines.

Donald Trump’s policy missteps and COVID-19 are accelerating this process. China, already at the center of this reinvigorated Asian trade, is taking up more and more space as a global leader.

China’s strategic vision for this leadership is framed through the vision of its Belt and Road Initiative (BRI). BRI is conceived as two processes. As Bolat Nurgaliyev has noted:

Donald Trump’s withdrawal from the World Health Organization (WHO) has seen China seize the opportunities and begin to graft on a health dimension to BRI. It will quickly fill the WHO funding vacuum left by the United States and spread its influence to other U.N. agencies.

China has been busy promoting its health BRI through the supply of doctors, equipment, funds, and the technical expertise and speed with which it dealt with the virus, building hospitals in days and deploying the latest mobile technology to track and trace. The health BRI offers countries in Africa and elsewhere a total protective shield and umbrella for welfare and trade. It should definitely be an option that Africa should explore further with China.

As China has grasped the opportunities offered by COVID-19 and integrated them into its ongoing BRA strategic vision, the virus, as the great Revealer, has also exposed the country’s feet of clay. Its soft power has been severely tarnished by being the suspected source of a virus that has infected over six million people, killing over 380,000, stretching global health systems and producing an economic emergency for so many countries.

China’s relationship with Africa has also undergone massive stress testing. A great deal of fuss has rightly been made about the mistreatment of Africans in China during the COVID-19 emergency. Africans were ejected from rented accommodation into the streets, then isolated and discriminated against, as they were inaccurately identified as spreaders of the virus.

It is important that Africans made an enormous fuss about this maltreatment to nip in the bud practices that none of us wish to see normalized or institutionalized, as they have now become in much of the West. The hermetically sealed Middle Kingdom traditionally had its own ingrained sense of “manifest destiny,” through the idea of a “heavenly mandate.” This has led to problematic attitudes to foreigners, both at home and abroad. We have already seen such questionable attitudes by Chinese businesspeople on the continent itself, for instance, whipping and caning staff in Kenya, and racial discrimination and exploitation of Africans in their own countries.

The Need for a Framework and Protocols

Hence the importance from the outset of our renewed engagement and trading relationship with China, that we should have drawn up firm protocols for conducting such trade. Thirteen years ago in my book “Under the Tree of Talking, Leadership For Change in Africa…,” a chapter focused on future strategic relations with China, as concerns mounted that it might replicate Western racist behavior – despite its statements about not having a colonial empire, its expressions of South-South solidarity, and its projection of itself as a victim of similar racism from the West. A leading Chinese thinker advised, at the time, that African experiences and interests should drive the continent’s relationships with China, rather than seeking simply to copy China’s own successful model or see it as a sugar daddy.

Unfortunately, this advice was not followed, especially within the framework for current Africa Chinese engagement, FOCAC – Forum on China Africa Cooperation. FOCAC essentially frames the relationship as an aid relationship, where China dispenses billions in soft loans without questions asked, and Africa gratefully receives these offerings.

There are renewed attempts to reframe FOCAC as a trading relationship which would suggest two equal partners respectfully trading goods, in which they enjoy a comparative advantage. Regrettably, that hasn’t happened. Africa has been seen by the Chinese as aid takers, hence the trickle-down disrespect and arrogance of some Chinese on the African continent and the maltreatment of African business people and students in China during the recent COVID-19 emergency. Some of the deals that have emerged have been one sided – with accusations of hidden “debt traps” used as a means to capture critical infrastructure assets when borrowers inevitably default.

So, it is clear that there are some underlying issues that FOCAC or bilateral contacts need to quickly address in the relationship, and a renewed health BRI might offer the opportunity to recalibrate this relationship. However, the extreme tone of many African COVID-19 emergency responses has been shortsighted. On social media, Africans have joined the anti-China rantings of the Trump Whitehouse as it deflects attention from his own failings by blaming China and seeking reparations. Africans should be cautioned against joining these well-orchestrated, but ill-advised campaigns.

First, establishing a precedent for reparations for unleashing a deadly virus, will come back to bite the continent the next time an Ebola like virus emerges from the continent, given the propensity for such outbreaks and the inherent weakness of African health systems. Second, those Africans who seek reparations from China have remained mute about seeking reparations for 400 years of Western depredations through slavery and colonialism. An internet meme misattributed to Voltaire, “to learn who rules over you, find out who you’re not allowed to criticize,” probably explains their silence.

African religious groups in alliance with their American counterparts are behind the criticism where the Chinese Communist Party (CCP) is now being delegitimized and characterized as uniquely evil and godless. Of course, this ignores the fact that the first major English slave ship which helped unleash the current Western run capitalist system, was John Hawkins’ the Good Ship Jesus. Additionally, the George Floyd killing also demonstrates the continuing underpinning of white supremacy as a key part of this financial and economic system.

Third, China will soon be the biggest economy in the world by nominal GDP. It is already by Purchasing Power Parity (PPP). It is the workshop of the world and over the last 20 years has not only been the biggest investor in Africa but Africa’s largest trading partner, with which we also enjoyed a positive trade balance until 2015.

Most of the well-fed Africa Rising chatter unleashed amongst the young (and even amongst the vicious new African anti -China critics) has been a result of the multiplier effect of such Chinese investment. Trump and some of his Western allies, seeing the unstoppable Chinese expansion, now seek to divide the world again into two halves, the Huawei and the non-Huawei world in order to at least maintain their control over the non-Huawei world.

Africans need not fall into this trap. We have intimate relations and interests in the West, which we have paid for with 400 years of blood, and China is the future, at least until Africa’s rise. It is important as in the last Cold War that we once more adopt a position of non-alignment as a strategic position.

As part of this we need to continue to explore the potential and possibilities of the health BRI offered by China, but to also reiterate the no-nonsense attitude about not tolerating an unequal relationship. COVID-19, the great Revealer has also emboldened Africans to seek greater respect and dignity, not just against China, but also in the West, as we witness the great awakening that has accompanied the George Floyd killing.

A former print and television journalist, Onyekachi Wambu is currently the executive director of the African Foundation for Development (AFFORD), a U.K. charity that enhances and expands the contributions Africans in the diaspora make to Africa’s development.