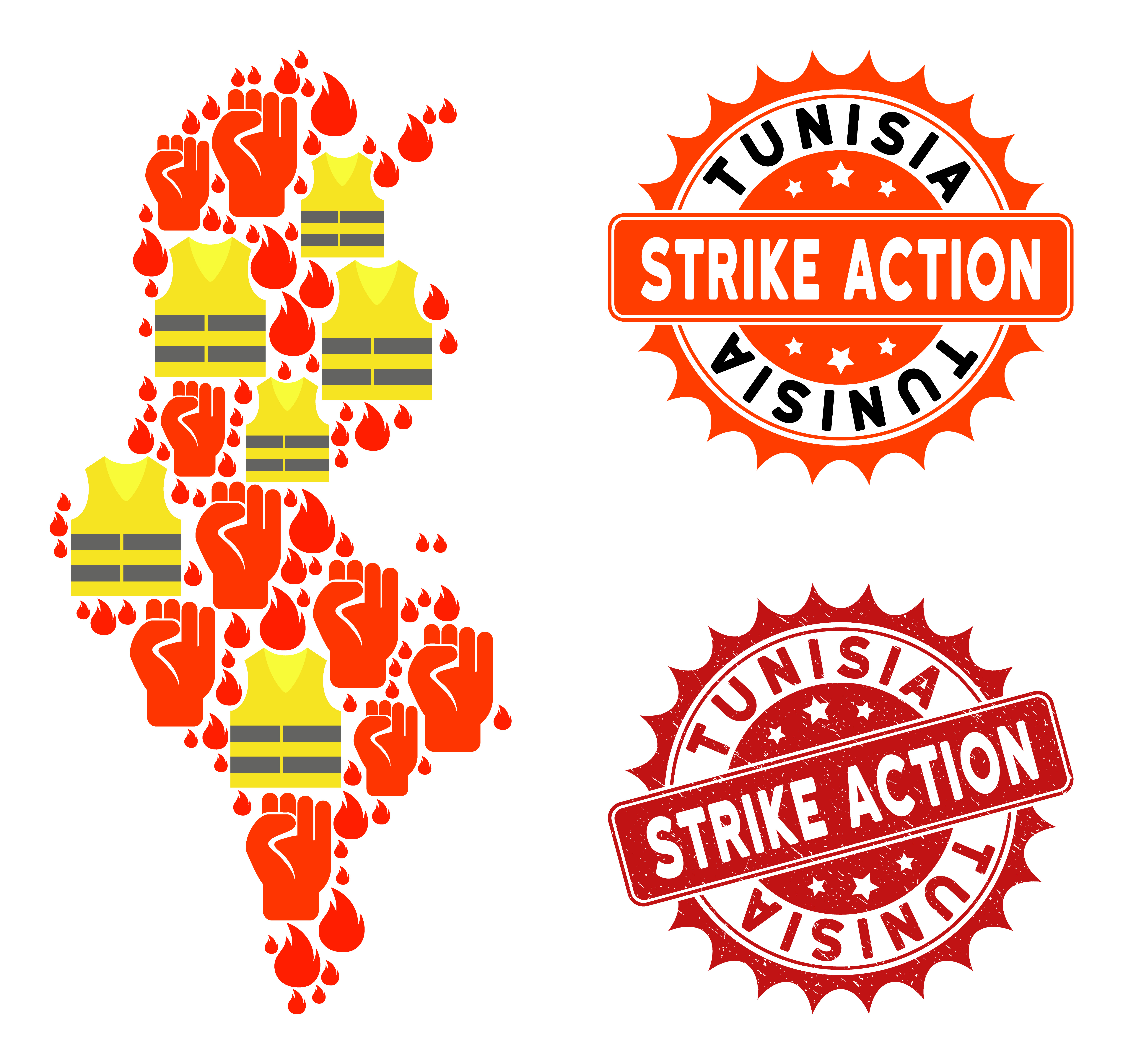 This was not unexpected.

The UGTT has a long history as a key player in the country’s fight for democracy. Between the 1970s and the 1990s, the Federation consistently advocated for citizens’ political freedom and their right to freedom of expression and to organize. The UGTT led several battles, and often clashed with the government on these issues, especially during the 1980s.

UGTT activists were at the forefront of the Tunisian revolution, from the moment the first spark was lit. Protests in Sidi Bouzid, Kassrine, Sfax and other regions began on UGTT premises. The Federation’s organizational structures and administrative bodies met regularly during the uprising in order to track the growing protests and transform citizens’ demands into political demands. These included an end to corruption, bribery and nepotism, as well as freedom from government oppression.

The Federation’s leadership was critical: UGTT’s decision to call a general strike in Tunis on January 14 was the decisive blow to Ben Ali’s regime.

In the absence of the State and its various institutions immediately after President Ben Ali stepped down, UGTT took over the management of public services and security affairs in Tunis.

The Federation brought together several previously banned groups on January 17, 2011, which jointly launched a Committee for the Protection of the Revolution. The Committee, which included the Patriotic Democrats, Ennahda Movement, Ettakatol, the Workers’ Party, Attajdid and the Nationalists Party, met regularly as events unfolded. At the Committee’s request, UGTT continued to represent citizen’s demands to various representatives of the State, including the Speaker of Parliament and government officials.

UGTT later participated in a quasi-legislative revolutionary body formed to oversee political and constitutional reforms in Tunisia – the High Commission for the Achievement of the Objectives of the Revolution, Political Reform and Democratic Decision (formed on March 15, 2011).

UGTT prepared a draft Constitution based on the principles and objectives of the revolution. It was a Constitution that sought to end marginalization, exclusion and social injustice; address the lack of decent living conditions; oppose tyranny; promote individual rights and freedoms including the freedom to organize; ensure free media and diverse political beliefs; and promote economic justice. Many of UGTT’s proposals were included in the country’s new Constitution, which was adopted in January 2014.

UGTT’s role after the revolution went beyond embracing the revolution and participating in the political reform process. UGTT took important measures to regulate, and thereby protect, the country’s fragile economy during the post-revolutionary period. These included efforts to ban temporary jobs, to negotiate wage increases, and to help the government resolve many problems in various sectors and regions.

National Dialogue and the Nobel Prize

UGTT played a crucial role during the first few years immediately after the revolution in mitigating a series of crises that threatened to lead the country into violence, bloodshed and civil war.

Tunisia’s democratic process was threatened by a series of assassinations during the first two years after the revolution. One of the new Government’s most vehement critics, Choukri Belaid, was assassinated early in 2012. In the following months, several law enforcement agents were also assassinated, and Mohammed Brahmi, leader of the Arab nationalist People’s Party, was gunned down in 2013.

Two successful general strikes called by UGTT on February 8, 2012, and July 29, 2013, together with an anti-terrorism conference in which UGTT representatives participated, are widely credited with keeping the reform process on track – thus ensuring that UGTT’s principles of democracy and social justice were entrenched within the process of governance.

A group of four Tunisian organizations known as the National Dialogue Quartet, which included the UGTT, won the 2015 Nobel Peace Prize for averting civil war by providing an alternative, peaceful political process.

Where Are We Now?

Tunisia is going through very difficult times, facing complex political and economic challenges. The political situation has become fragile due to the lack of experience within political parties, inter-party conflicts that have led to a neglect of the country’s priorities, as well as ongoing social and political tensions.

Tunisia’s democracy is young and may fail, taking the country back to an autocratic system. Democracy is threatened by backward-looking forces that encourage corruption, yearn for the past and hope to re-take power.

From an economic perspective, the shadow of the political crisis looms over the investment landscape. Tunisian economy has suffered from failed development models applied by successive Governments that have failed to develop and change the economic system. Economic inequality aggravates tension between different social groups and geographic regions. The rising rates of unemployment, poverty, illiteracy, school drop-out, crime and irregular emigration is a threat to workers’ well-being in Tunisia.

Though the picture may seem bleak, UGTT believes that it is possible to overcome Tunisia’s political and economic challenges if the political will to build a pro-citizen, pro-worker society prevails. For decades, UGTT has made policy proposals and designed alternative programs and solutions through academic studies and grassroots projects.

We have championed social dialogue as a means of solving crises, and we have been a force against violence and the domination of any one group over another. UGTT has stood firm against potentially autocratic leaders who threaten our young democracy on the pretext of seeking political stability, electoral legitimacy or simply by seeking to wield the power of money.

The upcoming elections in October 2019 will determine the direction of Tunisia’s democratic process. Any obstacle that hinders this process will undermine the transition and push the country into the unknown.

UGTT will play a decisive role in the elections, endeavoring to support workers’ goals and principles in the hope that newly-elected leaders will not repeat the failures of the previous eight years. We will invite voters to focus on social justice and cast their votes on that basis.

UGTT will continue to mobilize to fight terrorism and confront its effects on Tunisia, emphasizing that the battle against terrorism has both an international and local dimension. Although the UGTT will continue to focus on security, we will also work towards enhancing the cultural, educational and social resilience of the working people of Tunisia.

The Refugee and Migration Crisis in the European Union