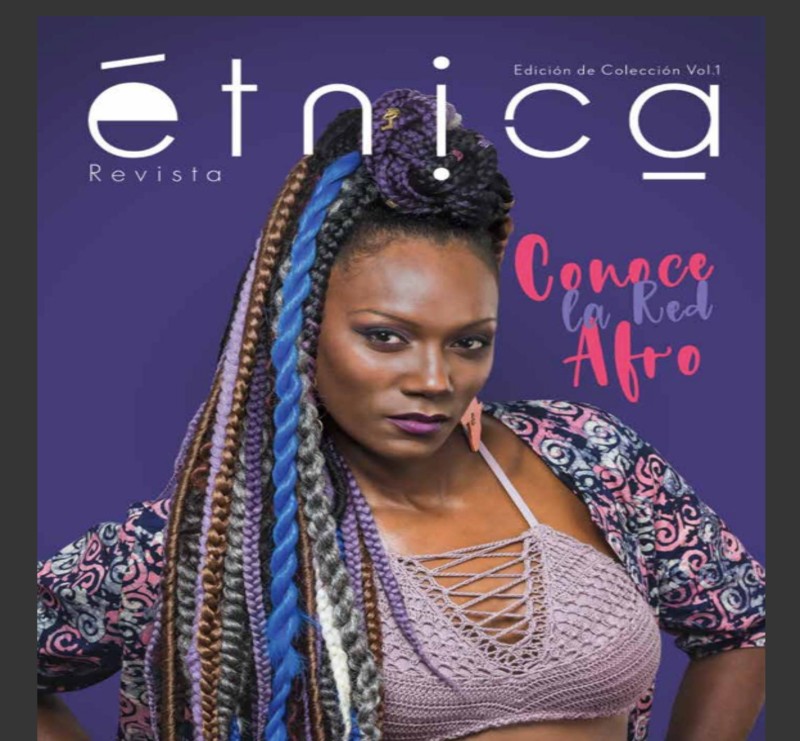 Pro-Black, Feminist and Anti-Imperialist: Women Writing and Acting in the Hispanophone Caribbean[1]

Women from the Hispanophone Caribbean have long been the catalysts of intellectual and political movements that have addressed the interrelated forces of anti-Black racism, patriarchy and imperialism. Their thoughts and actions, however, are underrepresented in not only the growing historiographies addressing topics such as Black Internationalism, but in the historiographies covering their respective nations, whether Cuba, the Dominican Republic or Puerto Rico.

This piece will provide a brief overview of three women who used the written word as one strategy among many to address the particular challenges of their historical moment, and whose interventions are still immensely relevant. As women from the Caribbean, these individuals were and are intimately familiar with the deadly effects of over five hundred years of exploitation in a region of the world that has been critical to the development of racial capitalism as we know it today.

One activist-intellectual who has recently shaped Puerto Rican society is Gloriann Sacha Antonetty Lebrón. In 2018, Antonetty Lebrón founded Revista étnica, a magazine that she described in the first issue’s editorial as a “multimedia platform to make known all the beauty and intellect of our Afro-Latino community, especially our young girls, young people, Black women and Afro-descendants.”[2] Antonetty Lebrón’s work to increase the visibility of Black and darker-skinned Puerto Ricans is essential work that pushes back against generations of subtle and not-so-subtle racism in her homeland.

In an article about the Puerto Rican police department’s pattern of racial profiling, Antonetty Lebrón shared the following incident from 2010 that speaks to the very concrete ways that the state polices Black people in Puerto Rico.

“About nine years ago I had a situation in Hato Rey, where an ICE customs agent intervened with me and started asking me, ‘Who are you, and are you from here, give me your license.’ And I told him, ‘I’m Puerto Rican. I’m from here,’ and he kept asking,” recalled Antonetty-Lebron. Antonetty-Lebron believes the customs agent assumed she was Dominican because of her dark brown skin.[3]

As we know from Marisol LeBrón’s work, policing in Puerto Rico is racialized. But Antonetty Lebrón’s experience raises questions about the ways that the police department and immigration agents are working together to affect the lives of Afro-Puerto Ricans and the up to 200,000 Dominicans who live in Puerto Rico. Although this was a traumatic incident, it is also important to pay attention to the proactive work Antonetty Lebrón has done since to counteract the racism in her society. By founding Revista étnica, Antonetty Lebrón is demonstrating that the work needed to unroot racism in Puerto Rico cannot simply be reactionary. It instead must be focused on long-term projects that can transform mentalities, empower and build community.

Whereas Antonetty Lebrón’s publication centers Black visibility and pride, another Black Hispanophone Caribbean woman from the early 20th century started a magazine in which she advocated for the rights of women and denounced U.S. imperialism. Petronila Angélica Gómez was born in Santo Domingo, Dominican Republic, in 1883. She was a Black Dominican woman who pursued higher education to become a teacher (then called a maestra normal), and later became a school director, journalist, editor and anti-imperialist activist.

On July 15, 1922, Gómez founded the magazine Fémina, and like Antonetty Lebrón, she shared the purpose of the publication in the first issue’s editorial, entitled “It is time”:

This scientific-literary and general interest magazine appears during a very distressing time for the Dominican family: it appears at a time when the gusts of the most unusual and extraordinary imperialism blow upon the sacred ground of our country...The Dominican woman has a right to occupy, during this adverse hour, the intellectual position that she deserves.[4]

At this point, the Dominican Republic had been occupied and run by the United States military for six years, since 1916, and the occupation would last until 1924. Gómez courageously spoke out against U.S. imperialist practices which had led to hundreds of Dominicans being displaced from their lands and killed, and which had shaped the future dictator of the country, Rafael Trujillo, who was trained within the U.S.-led military forces.

Despite the dangerous attention she would have drawn to herself for making such statements, Gómez did not hesitate to defend her country on the front page of her magazine, and to take her analysis even further, proclaiming that Dominican women had an intellectual role to play in the decolonization of their lands. Gómez published Fémina until 1939, and the magazine became a space to build connections between feminists in the Dominican Republic and other parts of the world, especially given Gómez’s role as Dominican representative in the Liga Internacional de Mujeres Ibéricas e Hispanoamericanas (International League of Iberian and Hispanic American Women) beginning in 1923.[5]

Another activist who challenged racism and imperialism in her writing was Dr. Ana Livia Cordero. Cordero was born in San Juan, Puerto Rico, in 1931. She was a medical doctor and anti-imperialist activist who worked with and on behalf of revolutionary movements in Puerto Rico, the [rest of the ] United States, Ghana, Egypt, Cuba and Nicaragua during the Cold War era.

In 1967, she began a radical organizing and political education collective in Puerto Rico called the Proyecto Piloto de Trabajo con el Pueblo (Pilot Project for Work with the People). In 1988, towards the end of her life (Cordero died due to pulmonary complications in 1992), Cordero wrote an article in the Puerto Rican newspaper, El Nuevo Día, which challenged the longstanding, yet largely unaddressed, racism in Puerto Rico:

It is time to bring our grandmother into the public light, precisely because she is “black for real.” And it is time that we take our place among the majority of humanity that lives in Asia, Africa and Latin America and that along with the other peoples of the Caribbean and Latin America proclaim with pride our predominantly black, mulatto, indian and mestizo reality.[6]

Cordero’s comrades who joined the Proyecto Piloto in the late 1960s affirm that her group was one of the first and only ones in the period to highlight anti-Black racism, and to center Black pride as part of their national liberation agenda. Although Cordero was white-presenting, her experiences across the African diaspora made it clear to her that, in her words, “colonial and racial oppression are but two sides to imperialist exploitation.”[7] For Cordero, the broader liberation of Puerto Rico and the world began at the individual level, and this is why the Proyecto worked to unroot internalized colonialism, racism, and patriarchy, amongst other forces of capitalist control.

Activist-Intellectuals such as Petronila Gómez, Ana Livia Cordero, and Gloriann Sacha Antonetty Lebrón represent the importance of highlighting the intertwined nature of race, class, and gender in the Hispanophone Caribbean, as well as the rest of the world. In briefly sketching their long-term efforts as thinkers and doers within their respective contexts, it is my hope that historians and other scholars continue to weave the stories of women from the Spanish-speaking Caribbean into narratives addressing local and global struggles against racial capitalism and patriarchy.

Caption: Cover of the first issue of Revista étnica, 2018

[1] Modified from a talk given at the University of Massachusetts, Boston in December 2019. The talk, “Puteando y Perreando: Feminist x Cuir x Black Liberation during Puerto Rico’s 2019 Protests,” also featuring Dr. Zaire Dinzey-Flores and Dr. Marisol Lebrón, was sponsored by the Latino Studies program and organized by Dr. Marisol Negrón.

A Year of Record Climate Disasters in Africa