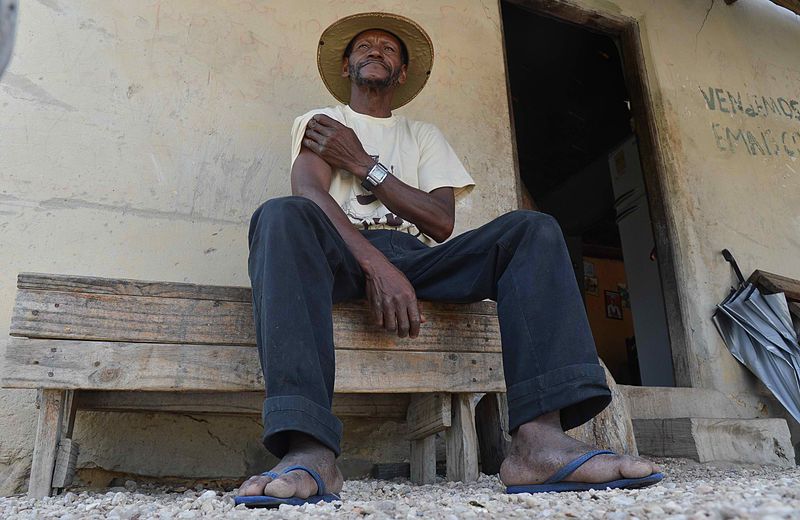 What is it about the racial constitution of Brazil that poor people of African descent would, under any circumstances, vote for a fascist?

A simple direct political question of why poor Brazilians of African descent would, under any circumstances, vote for a fascist invariably leads to extended discussion, debate and opinion. Facts and reliable statistical data do not readily yield hard answers nor automatic insight.

According to that country’s official census, Black and mixed people in Brazil account for 55.8% of the population. They voted in significant numbers to elect Jair Bolsanaro, a member of the conservative Social Liberal Party, a strident racist, misogynist, homophobic, self- avowed Trump supporter and imitator in the brash, vulgar ways he exercises presidential authority. Bolsanaro was elected with 55.13% of the electorate. Educated from an early age in a military academy, he pursued a military career, and rose through the ranks from small-town politics to the nationally elected position of Federal Deputy to the presidency.

”Throughout his mandates as a parliamentarian, he stood out especially for his defense of the rights of on-duty, off-duty and pension-earning military officers. He defended the reduction of the age of criminal responsibility, the possession of firearms for good citizens, the right to legitimate defense, the assurance of legal certainty during police action, and Christian and family values.”

Bolsanaro is deadly clear in articulating his ethical outlook, his policies and his actions through comments like the following:

The State of Black Brazilians

Contrast Bolsonaro’s right-wing, racist, misogynist, fascist self-portrait to the detailed demographic portrait of Black Brazilian life outlined in the September 5, 2019, article “Brazil: The dangers of being young and Black” by Raúl Antonio Capote.

The Black and mixed-race population represents more than half of the country’s inhabitants, 55.8% of the total, according to statistics from the National Household Sample Census (PNAD), of 2018, but it is also the most vulnerable portion, earning the least and facing the most unemployment, those with the least access to education and health, with lower salaries, even when they have the same level of education as others.

Black men with higher education degrees earn on average 29% less than whites, while the difference is 27% in the case of women, according to a study by the Brazilian research institute Locomotiva. Among the 12.8 million unemployed today in the nation, 64.3% are Black or mixed race, Prensa Latina reported citing PNAD data.

The figures also show inequality in the business world. Blacks occupy only 4.7% of executive positions and 6.5% of management positions, according to a study by the Ethos Institute of the 500 largest companies in Brazil.

The 2019 Violence Atlas, published by the Institute of Applied Economic Research in association with the National Public Security Forum, reported that 65,602 intentional violent deaths were recorded in Brazil in 2017. More than 75% of the victims were Black. The latest statistics released by the United Nations show that some 23,000 young Blacks die violently every year in Brazil, equivalent to one every 23 minutes. The study also found that young Black women are more than twice as likely to be victims of homicide as young white women.

These are figures that, according to the United Nations, reveal "the weight of racism in the current scenario of violence in the country." In this sense, a Black person is much more likely to be killed compared to other citizens, regardless of age, sex, schooling or neighborhood of residence.

Similarly, Black youth and adolescents in Brazil are more likely today to commit suicide than whites, Ministry of Health, published by the G1 news site. From 2012 to 2016, the suicide mortality rate for the Black population increased by 12%. For every 10 suicides within this age group, six were of African descent.

Under such egregious conditions, why would Brazilians vote for the personality and policy agenda of Jair Bolsonaro? What self-interests could any marginalized, discriminated, impoverished, incarcerated and daily murdered sector of any society see or hope for in the governance of Bolsonaro?

I asked Juliana Góes, a young progressive Black Brazilian woman activist to provide an insider-viewpoint about the motivations for Black Brazilian electoral support for Bolsanaro.

GAW: Describe who you are in Brazil in the Black and progressive social and political movements, your main political affiliation, and your university and academic discipline, and how you identify yourself with respect to the working class.

Juliana Góes: I am a Black Brazilian woman who grew up in the periphery of Brazil’s capitol – Brasília.  I am a Ph.D. student in sociology at UMass-Amherst, where I research social movements, gender and race. I have worked with urban occupations, the sex workers movement, prison abolition groups, and Black and radical organizations. However, I am not currently a member of any political organization other than Regional Articulation of Afro-Descendants in Latin America and the Caribbean. I was affiliated with the Brigadas Populares, but today I support, as an independent activist, different groups in which I believe. For example, I am working with the Black Coalition for Rights and have some projects with the Circulo Palmarino, a Black organization affiliated with the Socialism and Liberty Party (PSOL).

GAW: In your analysis, is it accurate to conclude that large sectors of Black and poor Brazilians and women voted for the Bolsonaro government? Why? Why in your view did the Workers Party lose? How do Black Brazilians relate to leftist parties, trade unions and to the Brazilian Landless Workers Movement (MST)?

Juliana Góes: Datafolha provides polling institute data about voter intention. It shows that Bolsonaro had strong support among the working-class (especially among those who get minimum wages, who are mostly Black. To explain that, we need to talk about the increase in violence during the  Workers Party’s government. Although there were important advances in this government, the Workers Party never took the race issue seriously (unfortunately among the Left there still exists the common idea that Brazil has a class problem, not a race problem.

Black genocide increased significantly during the Worker’s Party government. Bolsonaro used that. One of the main themes of his campaign was the end of violence. However, we know his politics increases violence against the Black population. Why then did the Black population vote for him?

It is important to remember that the majority of Afro-Brazilians still don’t recognize themselves as Black. They think of themselves as the “good citizens” in opposition to the “criminals,” and they read the violence as something promoted by the criminals (inside or outside of the state). Thus, despite the fact they are dying as Black, they do not associate their deaths with the genocide politics from the state. When Bolsonaro says that he understands that people are walking afraid in the streets and that he will promote safety, he connects with them.

GAW: In your view, what should Afro-Brazilians as the majority population do to become a political force among the progressive citizenry given the political context of the dominance of right-wing economic and electoral forces?

Juliana Góes: Initially, the Afro-Brazilians need to really become the majority of the population. As I said before, most of the Black people don’t recognize themselves as Black. This is changing because of the actions of the Black Movement (especially after the ’80s). However, we still have to improve a lot. Less than 15% of the population uses the term “Black” in the census. For this, grassroots work is essential, as well as to access communication media to reach out to the masses.

Black movements always articulated with the white left-wing, with the unions, with the Left parties, etc. Also, we always were the base of movements such as the MST, the MTST, Brigadas Populares, etc. These movements, though majority Black, have mostly white leadership. Black people are invisibilized in mixed organizations (that is, organizations with Black and white people). In addition, we suffer racism inside these organizations. Blacks are seen as incapable, for example, and often don't reach positions of leadership because of that. When we reach such positions, we are often not respected.

We spend a lot of time in leftist organizations trying to convince the whites that race is central to Brazil. It is important to do this work. And we must continue to do this. However, the truth is that we are being silenced and invisibilized inside these groups. Thus, instead of focusing our energy to convince whites about our struggle, we need to focus on building our quilombos, our Black groups and to expand as Black people. Because of that, initiatives like the Black Coalition for Rights are important.

We need to focus more on articulation among Black movements, instead of prioritizing articulation with the white left-wing.  We spend a lot of time in leftist organizations trying to convince the whites that race is central to Brazil. It is important to do this work. And we must continue to do this. However, the truth is that we are being silenced and invisibilized inside these groups. Thus, instead of focusing our energy to convince whites about our struggle, we need to focus on building our quilombos, our Black groups and to expand as Black people. Because of that, initiatives like the Black Coalition for Rights are important.

GAW: Any other topical issues you want to briefly address for readers of the Global African Worker/globalafricanworker.com?

Juliana Góes: Transnational alliances are important to the growth of the Afro-Brazilian movement. However, many Black activists and Black groups outside Brazil articulate more with the white Left than with the Black organizations. The white Left has resources that we don’t have to access the transnational space. Beyond that, they exclude the Black groups from the opportunities they have.

We need Black people outside Brazil to prioritize Black leadership in Brazil. This helps us by giving more visibility to the Black movement and allowing access to resources we don’t have. Finally, we also do have a lot to share. Blacks in Brazil spent years fighting against a myth of a post-racial society (racial democracy myth) and we can share a lot about that, making the movements in the U.S. stronger. I know Afro-Brazilian organizations have a lot of desire to articulate with Black people in other countries, to be helped and to help Black people across national boundaries (even though the resources for that are limited). When we make Black movements stronger in other places, we amplify our opportunities and our struggle in general. Thus, the transnational alliances can only benefit all Blacks in the diaspora.