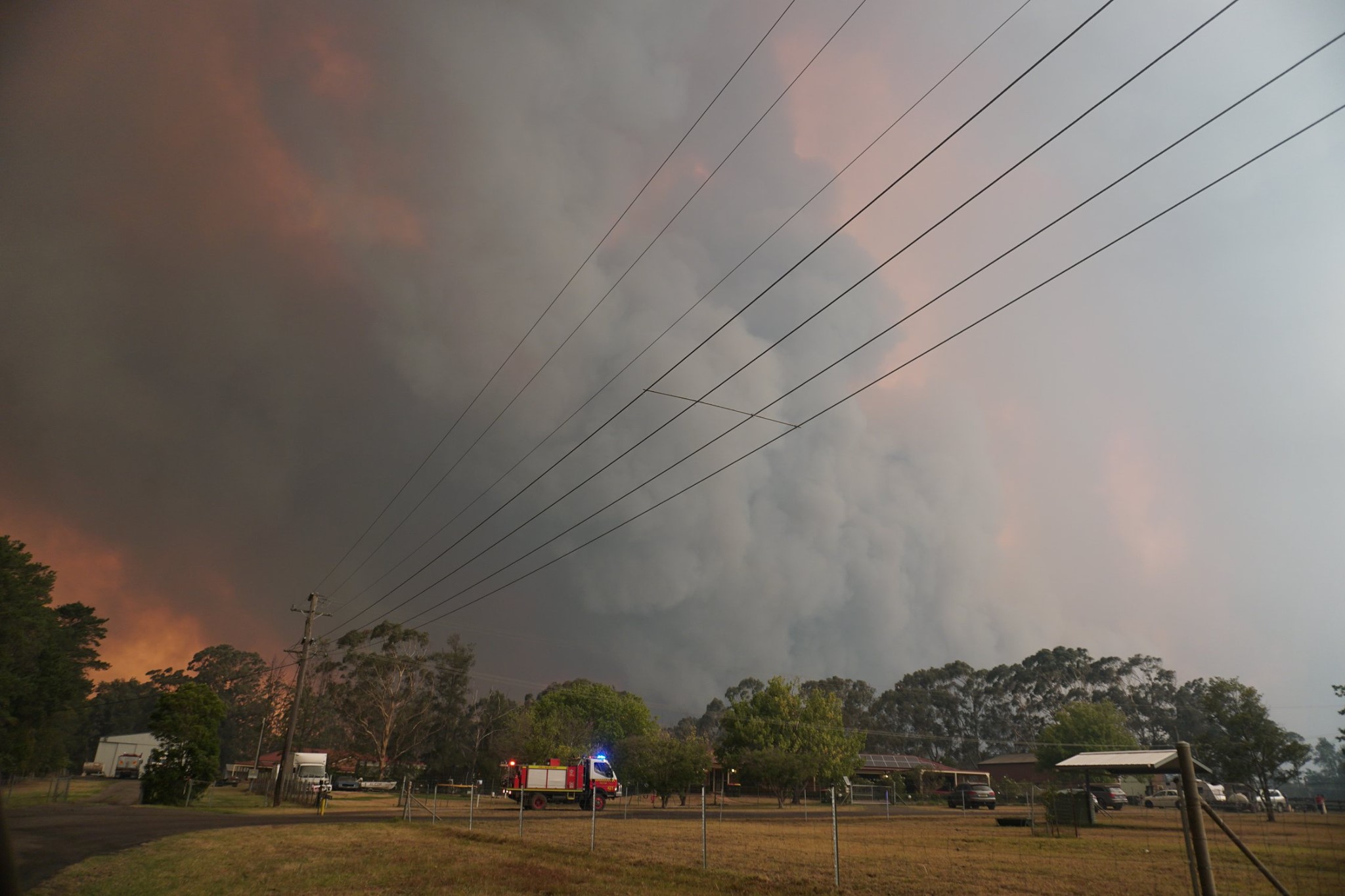 Watching a video of a cyclist offering water to a koala on a highway in Australia, then helping it up a tree on the side of the highway was so touching. The animal turned around and waved back as the man turned to leave. Other photos of people helping scared animals have been posted on social media, and they all indicate the basic human instinct of love for all species, human and non-human.

There are various estimates of the number of animals that have perished in the inferno in Australia. We will never know the exact figure because some species may never have been known to humans. However, we are told that up to 500 million animals and birds may have perished. Some of the species may even be pushed to extinction.

There are losses of trees and plant varieties besides the animals and birds. We have seen posts of valiant efforts to protect gum trees by Cam Walker of Friends of the Earth, Melbourne. On January 4, 2020, Walker made this Facebook post of the stress of defending the trees:

“I am trying to sleep but I'm so wired. We were fighting the fire at Dinner Plain today. It was a monster. It sounded like a jet engine as it came up the hill and we were ordered to evacuate. I was gutted, more than I can say. We waited two hours at Mt. Hotham and were given the OK to go back in. I expected we would find the place burnt to the ground. Some of the fire was horrendously hot, but lots of old snow gums survived. And the village of Dinner Plain was completely unburnt. It felt like an absolute miracle.”

It has been tragic for so many animals. Photos of burnt sheep and other animals trapped in the raging fires are so heart wrenching. Even so, I could not but think of people setting fire on bushes in Nigeria so as to scare, kill and eat escaping rabbits, rodents and other animals. No matter what love Nigerians may have for game, it is doubtful that anyone would celebrate the sort of wildfires that have ravaged Australia in recent weeks.

In the 19th Century, some camels were introduced into Australia, from India and Afghanistan, for the purpose of using them for transportation and in construction. They were, thereafter, released into the wild. Today, there are 1.2 million camels in the country, and they are wreaking havoc on some communities, breaking fences and seeking water from taps, troughs and air conditioners. Reports have it that 10,000 of these camels will be shot from helicopters and the carcasses may be left to dry off before they are either burned or buried. They are being slaughtered, because they drink too much water.

Due to its rather remote location, Australia has had to import other animals into their country. Camels were imported for their utility, but rabbits were said to have been imported to bring a touch of home to the territory. We are told that Thomas Austin imported 24 rabbits from England to Victoria, Australia, in the 1850s on the justification that “the introduction of a few rabbits could do little harm and might provide a touch of home, in addition to a spot of hunting.” In less than one hundred years, the rabbit population had risen to an estimated 10 billion. The population was eventually reduced to 100 million by biological control through the introduction of the viral disease myxomatosis. That was after trapping, shooting, poisoning and fencing had failed. In fact, from 1901 a rabbit-proof fence was built and by 1905 stretched 1,166 kilometers from Point Ann on the south coast through Cunderdin to stem the advancement of the spreading rabbits. There are currently about 200 million rabbits in that country, although a chunk of that must have been killed by the fires.

Some species are also exported to other countries from Australia. What readily comes to mind here is some species of the water-guzzling eucalyptus trees. And you can throw in the kangaroo. Rabbits, camels and trees are all visible and efforts can be made to check their spread. When genetically modified or even gene drive organisms are released into the environment, they cannot be identified by physical observation and checking their spread is virtually impossible. This is one reason why we must not allow open, or surreptitious, introduction of those artificial varieties whose impacts on humans and on the environment are not fully understood at this time.

We Are in This Together

Fires in Australia remind us all of how catastrophic climate change can be if real action is not urgently taken. The threat of droughts and extreme heat will not disappear on its own if we keep digging and burning fossil fuels. Another lesson is that we all share Planet Earth and there are no immediate ways of escaping to another planet. Both polluting and vulnerable nations are in this boat together.

As we write this, the world is watching as threats of escalated conflict between the United States and Iran fill the air. The human cost of war cannot be computed in monetary terms. The vast expenditure on armaments is quite horrendous when climate deniers and polluting nations shrink away from financing climate action and paying for current and historically inflicted loss and damage. Think of the cost of one military drone and the accompanying missile. Think of how easy leaders of nations can set these off to annihilate populations of innocent people. Think of the horrors of human suffering orchestrated by war. Then ask yourself: all that for what ends? Think about how these funds could be spent on cultural exchanges and on building solidarity across the world, sharing love and shedding fewer tears. Then ask yourself, why not?

Nnimmo Bassey is author, poet and director of the ecological think tank, Health of Mother Earth Foundation (HOMEF), Nigeria. Email him at nnimmo@homef.org.

When the Python Sings