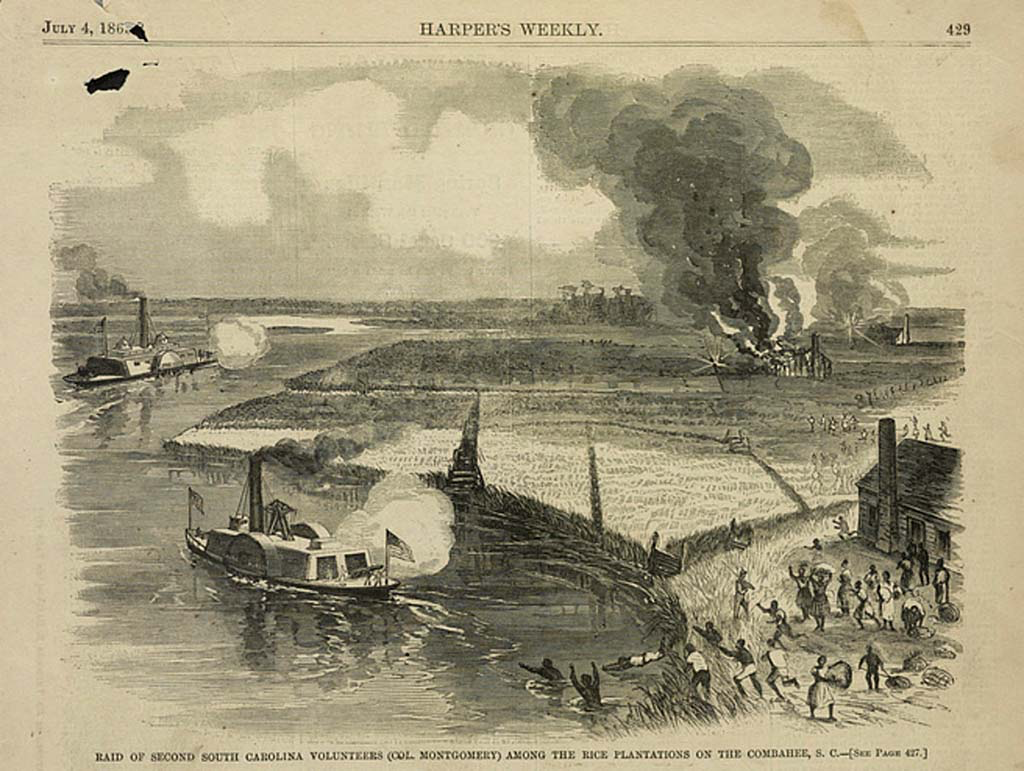 By Aaron Jamal and Nnennaya Amuchie

Our period of history is full of immense possibility and profound challenge. Around the world, neoliberal politics are being called into question by mass and sustained protests in Haiti, Chile, Ecuador, Colombia and Palestine. These movements are shaking popular conscience and exposing the deep contradiction of capitalism and globalization. In the United States, presidential candidates, because of the organized power of popular movements, the open violence of the Trump regime and the drastic and inherent contradictions of capital, are taking positions far to the left of any candidate in generations.

The Black freedom struggle in the United States, too, has entered a turning point. The Black left has entered a more focused and strategic period of struggle, moving from righteous truth-telling to building political power. This ascendant Black left is committed to numerous strategies: training a new generation of cadre, building a viable and powerful national left through the Movement 4 Black Lives, forging ambitious campaigns like She Safe, We Safe that strike at the heart of patriarchal violence, running ambitious electoral campaigns that use government to expand participatory democracy, and building issue campaigns to end cash money bail and the criminalization of sex work and marijuana, and engaging in direct actions like #Moms4Housing to reclaim the housing as a fundamental human right.

This period has also seen a rise (followed by a steady defeat and decline) of the power of the U.S.-based Black liberal establishment. It tends to be color-blind or race-neutral while defending a neoliberal economic order. The victory of Barack Obama represented a shift in the strategy of the neoliberal Democratic establishment away from Clinton-era political triangulation towards Obama era progressive neoliberalism. Political triangulation was a strategy to incorporate the dismantling of the welfare state and deregulation of large financial institutions into the mainstream of the Democratic party by using the rhetoric and symbolism of the center-right. Progressive neoliberalism followed this same strategy but was increasingly challenged and, therefore, forced to incorporate the demands of a rising popular movement for justice.

Progressive neoliberalism was exemplified by the historic margins by which the Obama campaign was able to win a commanding majority of young voters, voters of color and women into a voting block at the height of the popular movements (ending deportations, Occupy Wall Street, movements for racial justice.) Shortly after being elected, Obama staffed his administration with Wall Street executives and military generals. This progressive neoliberalism resulted in policies and programs (Paris Agreement, PPACA, Cuban Thaw, Iran Deal, the Recovery Act, Dodd-Frank)  that were forced compromises between the corporate executives that dominated the Democratic party and the rising electorate that powered the party to victory. Over its eight years of presidential power, the Democratic party lost control of the House of Representatives (2010), the Senate (2014), hundreds of state and local government seats, the Presidency, and along with it, the future control of the Supreme Court (2016.)

In response to a rising Black left, which was emerging to fill the void left by a defeated Black liberalism, is a nascent Black right. Conservative politics have always been an outlier among the host of ideologies taken up by Black people. While a number of haphazard and shallow attempts have been made at launching Black reactionary politics into the national political mainstream (#JusticeOrElse, Blexit, Blacks For Trump) it is the ADOS [American Descendants of Slavery] trend that has been the most persuasive among a small number of Black people.

We have written this joint essay to make three main declarations:

The Ideology of ADOS

The ADOS trend was founded by Yvette Carnell (a member of the white nationalist front organization PIFR) and Antonio Moore (who worked for a time as a prosecutor for Kamala Harris), with the purported aim of transforming the identity of what it means to be African American “in an effort to move the discussion from melanin, and properly center the discussion around lineage.” In effect, the aim is to create a new identity, a new “we,” from which ADOS people will be better positioned to advocate for various economic and social benefits currently denied to them.

What constitutes the ideology of ADOS?

Disappointment with Black liberalism: ADOS adherents are reacting with fear and disdain not only to the ascendancy of the growing power of the Black left, but to the failures of Black liberal politics. Often, the adherents and disciples of ADOS attack Obama Administration policies and Black people’s electoral allegiance to the Democratic Party. It is, of course, a supreme irony to see Black conservatives attack the very liberal establishment that made their adoration among white corporate elites possible in the first place.

Meek Reparations: Central to the ADOS trend is its call for a qualified, meek form of reparations. These reparations would be cash payments made directly to “American Descendants of Slavery” and would explicitly not include Black migrants or other Black people of the diaspora. It is here that the strategy of ADOS becomes more clear as an attempt to exploit cultural differences among Black people in the United States in order to win over ADOS-identified Black people to a growing dangerous nativism that is being fanned and fueled by Donald Trump and the New Confederacy. Reparations cannot be narrowly confined to the interests of a subsection of alienated and reactionary Black professionals, but instead must be tied to and bound up with the deep and revolutionary transformation of the whole society.

Xenophobic Nativism: The ADOS trend is xenophobic to the core. Its adherents ritualistically cite the Immigration and Nationality Act of 1965 as the turning point for a rapid expansion of Black migration to the United States, with the implication that high levels of migration are threatening the national character of ADOS people. This strategy is directly lifted from the fevered dreams of Jeff Sessions and Stephen Miller. The ADOS project is predicated on creating divisions within Black communities by using the very divide and conquer tactics our enemies deploy to destroy and disrupt international solidarity and revolutionary movement.

Open support of patriarchy: ADOS adherents make consistently confused arguments about both the nature of their meek and feeble reparations demands and depth of disappointment with Black liberalism. But what is unanimous among the disciples of this trend is their implicit commitment to patriarchy and gender-based oppression. Never are the fights for Black trans freedom, Black queer liberation or Black feminist praxis taken up within the trend. This is to be expected; a trend led by marginal representatives of an ostracized Black middle class cannot call into question the fundamental role gender-based oppression plays in shoring up capitalism and in the exploitation and immiseration of Black people.

Indeed, within the ADOS trend, there is a deafening silence on capitalist exploitation and destruction of the world – along with its implied acceptance of patriarchal domination is the trend’s implied acceptance of capitalist exploitation and destruction of planetary ecosystems. The complete silence among ADOS disciples on capitalism as the world system that facilitated the rise of the Trans-Atlantic slave trade should be a glaring sign that the movement is not committed to calling capitalism and imperial destruction into question.

Reactionary Patriotism: ADOS is not concerned with transforming the oppressive conditions under which Black people live, so much as it is committed to total allegiance to the U.S. nation-state. It is no coincidence that this trend has taken off during the imposition of the first term of the Trump regime; ADOS adherents make it clear in their name that America comes first.

In short, ADOS is a particularly pernicious form of Black conservatism disguising itself as legitimate and masquerading as responsive to the desires of Black people. It is not.

The Legendary History of Afro-Descendant People

Since the imposition of the global slave trade by the empires of Europe, African peoples resisted bondage, laid waste to slave ships and plantations, and variously made freedom more possible. The epoch-defining Haitian Revolution marked the largest revolution of enslaved people in 1,900 years and was the first successful anti-colonial and anti-slavery revolution in human history.

In 1929, Igbo women in Southeastern Nigeria put their bodies on the line to fight against both colonialism and patriarchy. At the same time, Black Alabamians were building communist organizations to address the slave labor they were being relegated to post-slavery. The tactics used in Apartheid South Africa mirrored those in the Jim Crow south and Black Americans were instrumental in the anti-apartheid divestment fight. Today, the Black feminist movement in the United States is building strategies for international solidarity with Black organizers in Brazil, while Black left movements build deeper relationships with popular left forces in Palestine.

ADOS misses the mark on this internationalist history. The United States can only sustain itself and white supremacy through the combination of settler colonialism on indigenous land, slavery and the exploitation of Black people, the exploitation and extraction of raw materials resources of the Global South, economic sanctions and ongoing wars.

If we are to fight against the U.S. empire, we must also fight imperialism and globalization that is causing environmental catastrophe, displacing thousands of people, driving mass migration, eroding Indigenous lands, manufacturing disease and sickness, and eliminating access to clean food and water. We must care what happens to people around the world as our liberation is bound up together.

ADOS wages a dual strategy; inject reactionary politics into the Black political mainstream by simultaneously discarding our legendary history of Black diasporic solidarity. Only by abolishing the vital history of Black people can ADOS claim legitimacy. But the inverse is true; ADOS is illegitimate because Black diasporic solidarity is a legendary history we will not discard.

The struggle for Black freedom has always been an international struggle. This historical fact is abundantly clear to the peoples and movements of Africa, Asia and Latin America, and continues to be a self-evident truth about the leading movements in the Global North. Our movements are building a future where all Black lives are valued, both in the United States and across the world. We are fighting for a future where Black transgender, gender-expansive, queer, migrant, disabled, elderly, young, the formerly and currently incarcerated, and women have the resources and tools in their community to not only thrive but also to govern their own lives.

In short, we believe in the need for the freedom of every Black person. If history is the totality of remembered events, then ADOS represents an attack not just on Black left politics, but on the whole of Black history.

Aaron Jamal is a southern organizer, internationalist, educator and author committed to the unbound praise of Black people. Aaron has 10 years of experience in base-building, political education and movement strategy. Aaron has a passion for writing eclectic essays, making melodies and studying Black freedom struggles.

Nnennaya Amuchie is a diehard Black left genderqueer feminist and abolitionist, communist, organizer with Black Youth Project 100,  published writer on police violence, and an attorney working to build movement lawyering infrastructure. They believe in a joyful and pleasurable future without police and prisons, where reproductive justice is actualized.

Caption: A 1863 Union army raid led by Harrit Tubman freed more than 700 slaves from a rice plantation on the Combahee River in South Carolina.

Afro-Venezuelans: Building Solidarity with Afro-Descended People in the Americas

HIV/AIDS: A Disease of Globalized Capitalism