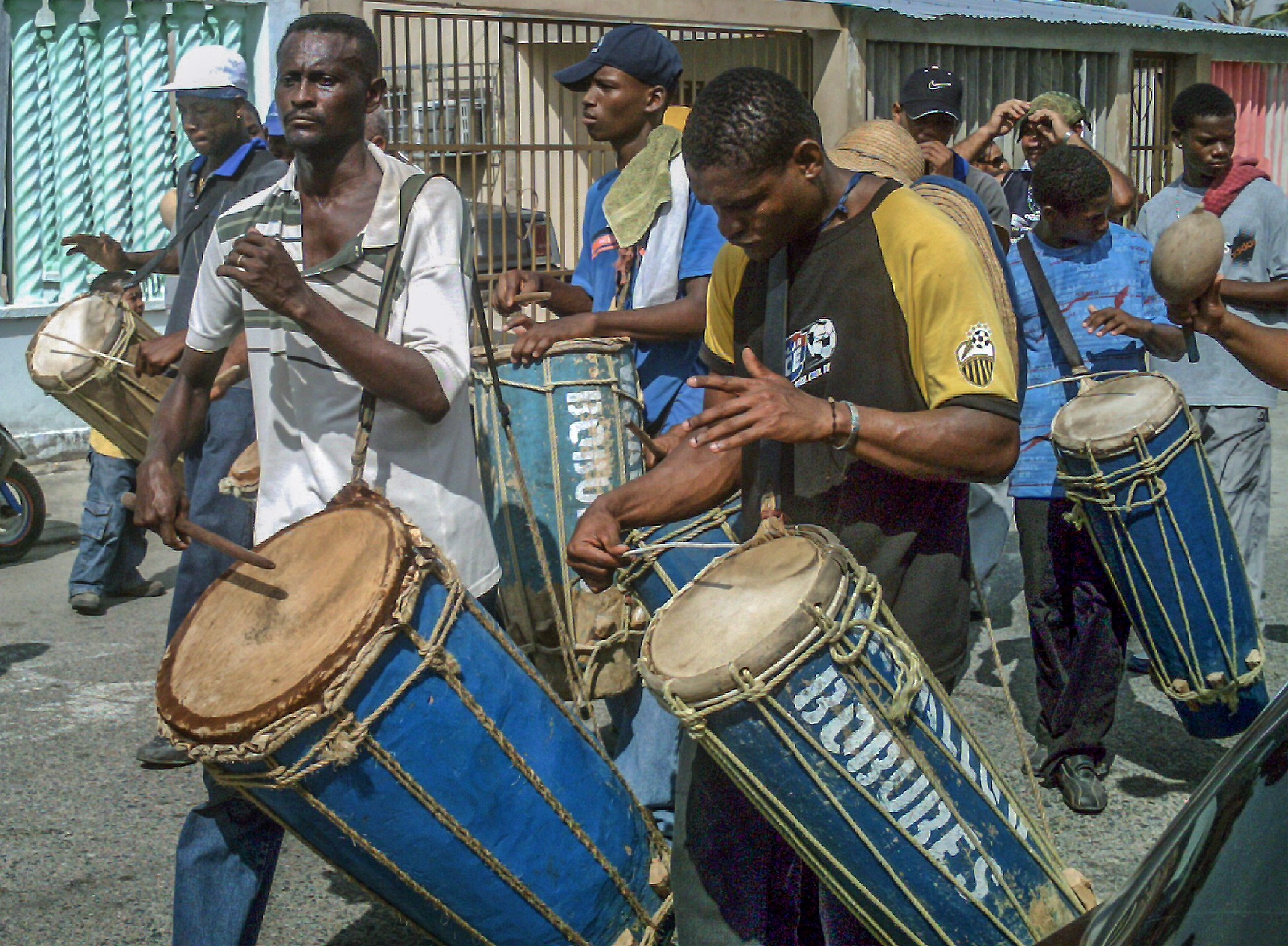 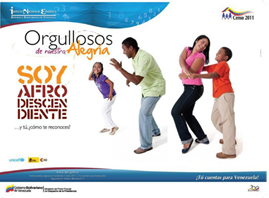 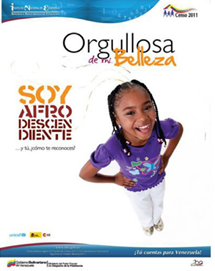 When elected president of Venezuela in 1999, one of Hugo Chavez’s first major undertakings was to rewrite the country’s constitution as a mass-democratic process. Despite the optimistic and revolutionary re-visioning of the constitution, certain silences remain particularly glaring. Paramount among these is the constitution’s failure to recognize its citizens of African descent in the same or similar manner as it does its indigenous citizens.

Chapter VIII of the Venezuela constitution specifically addresses the “Rights of Native Peoples” in which the state recognizes the existence of native peoples and communities; their social, political and economic organization; their cultures, practices and customs; and their languages and religions. It also recognizes their habitat and original rights to the lands they ancestrally and traditionally occupy, and which are necessary to develop and guarantee their way of life. This chapter also guarantees native peoples the right to economically sustain themselves, collective intellectual property rights and the legitimacy of their particular medical epistemologies.

Both in response to the lack of constitutional recognition and invigorated by Venezuela’s growing 21st-century socialist revolution, the Network of Afro-Venezuelans demanded that people of African descent be constitutionally recognized. The network is a coalition of political, educational, arts and community organizations that came together in preparation for the 2001 World Conference against Racism in Durban, South Africa. In 2007, after years of grassroots struggles and campaigns, a constitutional referendum proposed over 60 constitutional amendments, to be voted on in two blocks.

The proposed reforms included everything from lowering the voting age to 16, cutting the workweek to 36 hours, an indefinite presidential term limit,  and an amendment to formally recognize and protect Afro-Venezuelan heritage and culture. The final referendum was narrowly defeated 51 to 49 percent – and with it any chance of formal constitutional recognition of Afro-Venezuelan people.

Daunted but not Defeated

Disappointed yet undeterred by the results of the referendum, the Network turned its attention to documenting and quantifying the lived realities of Afro-Venezuelan people. The official estimates prior to the 2011 census suggested that 10 to 12 percent of the total population (about 1.8 million to 2 million are of African ancestry. Sixty percent of all Venezuelans, however, have some discernible African ancestry by the popular use of the racial/color category of moreno. The organization’s years of political insistence on the enumeration of the Afro-Venezuelan population finally came to fruition in 2011, a year that held significance for the country in numerous respects.

On September 1, 2011, more than a decade after the rise of the Bolivarian Revolution and the Durban conference and for the first time in over 150 years, the Venezuelan National Census fashioned questions aimed at ethno-racial and gendered enumerations of the Venezuelan population. The Network of Afro-Venezuelans viewed the new census as a means to quantify racialized disparities on a national scale.

Though their preference was to encourage identification as Afro, as evidenced by census campaign materials reading Soy Afrodescendiente… y tú ¿cómo te reconoces? – which loosely translated, means I am an African Descendant… and you, how do you identify? – they anxiously anticipated statistical evidence of what most in their communities already knew to be true. The further one was from whiteness, the more precarious their life circumstances. Each of the ads included a phrase that began with “Orgulloso de…”.

The tagline in one of the most prominent ads translates to “Proud of Our Joy,” and another translates to “Proud of My Beauty.” The campaign made an explicit attempt to visibly represent the wide range of skin colors that could reasonably be identified as Afro. These ads could be seen on t-shirts, flyers, bookmarks and all over Facebook as well as other available social media sites.

During his nearly decade and a half as president, Chávez was able to guide an unprecedented number of government initiatives which led to programs and policies resulting in significant progress toward combating the historical legacy of racism and discrimination that plagued the country. He also provided similar parallel support to other nations with predominantly Afro-descendant populations, where their governments were not willing to make it a priority.

President Chávez was able to institute other reforms to ensure African descendants in Venezuela could have full and equal access to social, economic and cultural rights. Despite his support for their efforts at getting questions about race on the census, the outcome was a disappointment for the Network, particularly those intimately involved in the campaign.

According to Venezuela’s 2011 national census, the country was home to nearly 29 million inhabitants with 755,626 identifying as Negro/Negra. Of the nearly 29 million Venezuelans only about 182 thousand identified themselves as afrodescendiente on the census The vast majority of these respondents were concentrated in the three states where the Network has the strongest presence, Miranda (where the capital city of Caracas is located), Carabobo and Aragua.

Significantly, each of the states has a coastline touching the Caribbean Sea. Everywhere one looks throughout Latin America, high concentrations of people of African descent can be observed near coastal areas, often the areas that had concentrations of plantations. The same is true of Black Americans, who remain heavily concentrated in the southeastern United States where their ancestors were enslaved.

Several people I know who participated in the campaign to encourage people to identify as Afro conceded that there was still too much shame in identifying as Afro. Despite the 2005 creation of the Presidential Commission for the Prevention and Elimination of all Forms of Racial Discrimination in the Venezuelan Educational System, many believe that the most critical element of change needed is still in the realm of the public school curriculum. One prominent organizer with the Network, Alejandro, believes that without teaching the history of Africa and people of African descent to children in schools, people had no point of reference for Blackness or Afrolatinidad beyond the negative histories of slavery. This explains  their lack of identification with “Afro-descendant” as a census category.

The Struggle for Afro-Venezuelans Recognition Continues

Despite the ongoing struggle for constitutional recognition as a demographic group, Afro-Venezuelans remain committed to the ideals of the Bolivarian Revolution, despite its flaws. All efforts by the Venezuelan opposition, the United States and some European countries to achieve regime change in Venezuela have failed repeatedly over the past 20 years.

The communes, communal councils, co-ops, etc. provide Venezuelan workers with an unprecedented amount of control over their personal and communal well-being. These forces continue to underestimate the degree to which the Bolivarian revolution is a homegrown mass movement deeply rooted in the lived experiences of the Venezuelan people, the urban poor, the rural population, Afro-Venezuelans and women.

Through the very process of attempting to build out Chavez’s vision of 21st-century socialism, the country’s systems of shared governance combine indigenous and Afro-descendent historical communal and cooperative experiences and resistance with socialist notions of a communal state upheld by popular power. The fate of the country’s Afro-descendant populations is directly linked to the success of the Bolivarian Revolution. The struggle continues for both.

Layla Brown-Vincent is an Assistant Professor of Africana Studies at the University of Massachusetts Boston. A Cultural Anthropologist by training, her areas of specialization include Afro-Latin American social movements, Pan-Africanism, and Black feminism. She is currently working on a single-authored manuscript entitled Return to the Source: Pan-African Global Blackness and 21st Century Liberation Imperatives, comparatively analyzes the realities of the Movement for Black Lives (M4BL) under the constraints of US global imperialism and the Network of Afro-Venezuelans' contributions to/struggles with the Bolivarian Revolution’s bold claims of creating a socialism of/for the 21st century. Her published work has appeared in several books and journals, including Taboo: The Journal of Culture & Education; Black Lives Have Always Mattered: A Collection of Essays, Poems, and Personal Narratives (2Leaf Press, 2017); and The Fire Now: Anti-Racist Scholarship in Times of Explicit Racial Violence (ZED Books, 2018). Follow her on Twitter @PanAfrikFem_PhD

Xenophobia, South Africa and the ‘Other’

Why Spend Time Writing “The Man Who Fell From the Sky” When the World Is in Crisis?